The School of Agriculture, Forestry & Fisheries provides an atmosphere not only for healthy academic activities but also for all-round growth and development of student's personality.

The school has followed the system of education that provides a great deal of openness, transparency, flexibility and possibility for growth through the involvement of the students at each step of knowledge building process.

The Major objectives of the School of Agriculture, Forestry & Fisheries are:

In order to make a positive difference to education and employment, Shri Subhash Chandra, Chairman, Essel Group of Industries and Zee Telefilms had brought together in 1995 a group of committed anthropologists, sociologists, economists and development communications professionals to set up TALEEM Research Foundation in Ahmedabad. One of the mandates of Taleem Research Foundation was to set up the Himgiri Zee University.

Participated in Dharohar 2011 organized by Society for Promoting of Indian Classical Music and Culture among Youth (SPIC MACAY – 2011).

Participated in Cultural Night during Kisan Mela organized by University (2011).

Participated in Rangoli competition and won third prize during Subhash Utsav in the University (2012). 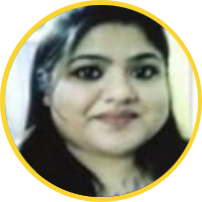 M.Phil. (2009) on “Study of variability in body traits and Biochemical composition with age of Indian major corps (Labeo rohita(Ham) under saline soil”.

A book entitled “An approach to Integrated Paddy Fish Farming” published during 2014 from Scholar press, Germany.

Lab In charge Of Zoology Dept.

2017-18 : Contributed as Project Associate( 1 year) in from HIFEED (Himalayan Institute for Environment and Ecology Development) for the People’s Biodiversity Project Register and Bio-cultural Protocol of 7 Gram Panchayat of Uttarakhand, a project which was funded by the Uttarakhand Biodiversity Board.

International conference on Inner and outer climate and the quest for environmental Sustainability.

participated in Swachh Bharat Abhiyan organised by IIRS,ISRO in 2016.

Certificate of Best attendance in the graduation.